Kansas Equality Coalition has sent out an alert about a bill that will get a hearing tomorrow in the Kansas legislature that would threaten non-discrimination laws and policies at the local level. 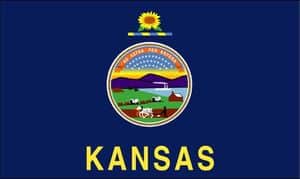 HB 2260 WILL LEGALIZE DISCRIMINATION against lesbian, gay, bisexual, and transgender residents by nullifying local anti-discrimination laws and policies. All university non-discrimination policies, all school district policies, all local laws at the city and county level will be wiped out if this passes….This bill would allow anyone to claim religious exemption to local ordinances and policies, and gives them the right to sue every Kansas city, county, school district or college that has LGBT protections on its books.

University of Kansas, K-State, Pitt State, Wichita State, and every community college with LGBT protections will lose the ability to enforce their policies.  Every school district that has adopted policies protecting LGBT students will see themselves opened to lawsuits, just by having those policies on their books. Every Kansas city that has passed these protections as local law are targeted. KEC’s efforts to pass non-discrimination laws in other cities will be halted.

Contact information for the House Judiciary Members can be found HERE at the Kansas Equality Coalition. They are asking people to ask them to oppose HB2260.

A copy of the bill can be found HERE.