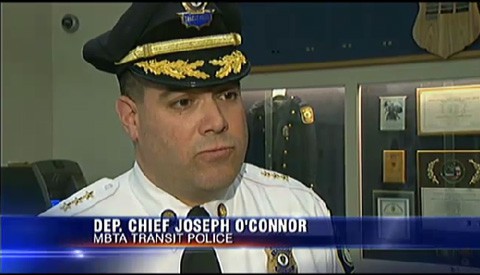 Police are investigating an attack on a gay man at the Forest Hills MBTA station, WHDH reports:

Police said they found the victim with cuts on his face and bleeding from his nose. The victim apparently told police a group of girls not only beat him up, but called him racial slurs. He told police he was targeted because he is gay. Police say the group, of at least three female teenagers, kicked and punched him, and stole his backpack with a digital camera, iPod, and personal items.

Police were able to question one 18-year-old suspect from Dorchester, but they’re looking for at least two other female suspects.

Police are now investigating the attack as a possible hate crime.

“Some statements were made relative to his sexual orientation and we have conferred with the district attorney and the attorney general who have advised us to pursue that avenue,” said Dep. Chief Joseph O’Connor, MBTA Transit Police.