Brett Ratner, who was ousted as Oscar producer last November after his Tower Heist Q&A in which he made the remark "rehearsal's for fags", will be producing and directing a campaign in collaboration with GLAAD, the organization announced today: 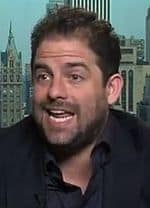 The upcoming video series will feature a diverse group of Hollywood celebrities, athletes, musicians and politicians ‘coming out of the closet’ as supporters of equality. Participants will share personal stories about why and how they support the LGBT community and call on Americans to do the same.

Says Ratner, who met with GLAAD's Board of Directors, as well as 84th Annual Academy Awards Brian Grazer and director and producer Bryan Singer, over the weekend: “Working together with GLAAD has been a very positive and enlightening experience for me, and I could not be more pleased to be developing this crucial campaign to help educate people that we all share the same humanity. I am excited to get to work on this program and hope that minds and hearts are opened by what we create.”