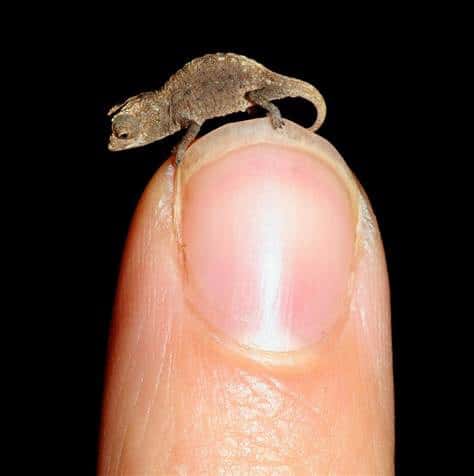 The world's tiniest chameleon, and one of the smallest vertebrates on Earth has been discovered on a tiny island off of Madagascar:

In addition to the discovery of Brookesia micra, now the tiniest chameleon ever discovered, the researchers also announced the discovery of three additional tiny chameleon species. Adult males of the B. micra species grow to only just over a half-inch (16 millimeters) from nose to bottom, making them one of the smallest vertebrates ever found on Earth. From nose to tail, adults of both sexes grow to only 1 inch (30 mm) in length.

The research team had to go looking for them at night while they are asleep in the branches of trees. At least two of the newly discovered species is threatened by habitat loss.