Cuba Gooding Jr. is set to appear on The Graham Norton Show on Friday night and a few details are being shared with the press: 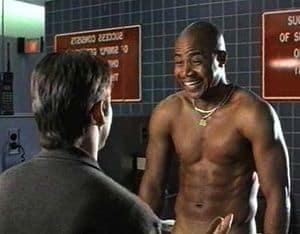 The actor remembered bringing his father to the set of 1996 movie Jerry McGuire, in which he starred alongside Tom.

Cuba was lost for words when his dad questioned Tom’s sexuality and subsequently banned him from coming back on location.

“He gave Tom Cruise a hug and said, ‘I love you man. Now seriously, are you gay or not?’ I almost fainted,” Cuba told British TV host Graham Norton. “And thought, please Lord, let me disappear. Tom just laughed and said ‘no’.”

Gooding says he is also sick of people shouting "show me the money" at him.