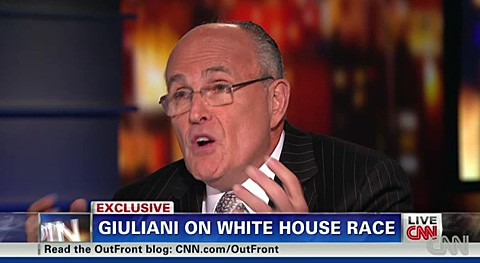 Rudy Giuliani spoke about the current election, Rick Santorum, and the focus on social issues that are holding the Republican party back, specifically, the resistance to gay rights.

"I think the gay rights issue is a more current (example). I think beyond all the religious and social part of it, it makes the party look like it isn't a modern party. It doesn't understand the modern world."