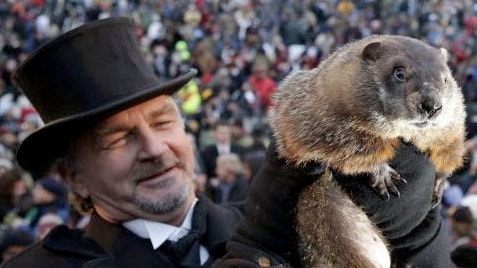 Punxsutawney Phil saw his shadow this morning, meaning six more weeks of winter, which hasn't been that bad for those of us in NYC:

At 7:25 a.m. this morning, amidst mostly cloudy skies, and temperatures in the low 30s, Groundhog Phil saw his shadow in the little town of Punxsutawney, Pa. … If Phil’s forecast is right, it would signal a dramatic reversal from the mild weather pattern affecting much of the country. Many parts of the central and eastern U.S. have seen temperatures 20 to 30 degrees above normal in recent days. On February 1, just 19% of the Lower 48 had snow cover compared to 52% at this time last year.