Troy, Michigan mayor Janice Daniels, who faced outrage late last year over a Facebook update that read "I think I am going to throw away my I Love New York carrying bag now that queers can get married there", may soon face a recall, the Detroit Free Press reports: 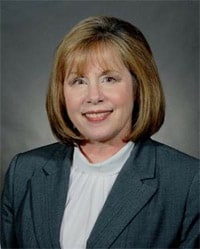 "We believe that the citizens of Troy must take our city back," according to the website.

One petition challenges her vote against millions of dollars in federal funding to build a transit center near the Troy/Birmingham border. The other challenges her views on homosexuality, her behavior during her swearing-in, and a possible breach of City Council meeting rules.

Daniels faced more anti-gay allegations in January after she met with students at the Troy High School Gay-Straight Alliance (GSA) seeking to mend ties with the mayor by holding a forum, and told them that she wanted to invite psychologists who would testify that homosexuality is a mental disease.

According to the paper, "If approved, the petition's supporters have 180 days to submit 7,985 signatures, which need to be gathered within any 90-day period within the 180 days."