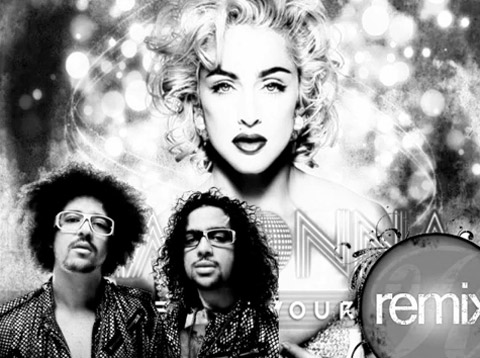 Here's a remix of Madonna's "Give Me All Your Luvin'" which is apparently on the Deluxe Version of the album and was reportedly being offered as a free download for people Shazaming Budweiser's Super Bowl commercial.

Martin Solveig, who produced the track, talks more about the new album in a new interview:

We were supposed to work on one or two tracks, but we ended up working together on six tracks “Turn-up The radio”, “I Don’t Give a”, “I Fucked up”, “Beautiful Killer” and “B-Day Song”….