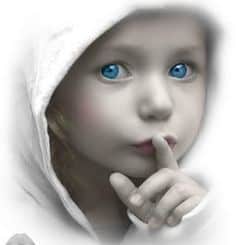 PinkNews reports that, for the first time, a man has given birth in the UK. It happened six months ago, and the press never picked it up:

… the man in his thirties gave birth to a child last year via a caesarean section.

Joanna Darrell, of the Beaumont Society, which helps men who wish to or have changed gender told the newspaper that the unnamed father got in touch to enquire for help having a child after having undergone gender reassignment surgery.

Through the charity, the unnamed man had hormone treatment to reactivate his womb. The womb had not actually been removed during his original surgery. “He got back in touch about six months ago to thank the society for its help and to say he had the baby,” Ms Darrell said.

You can’t blame the anonymous fellow for wanting to lay low. When pregnant trans man Thomas Beatie was in the news, he took a lot of crap — I remember the guys on Red Eye, usually FOX News’ least odious show, referred to his gestating baby as “a litle ewok” whom Beatie would shortly “crap out,” and fantasized about stoning Beatie to death in a parking lot. What’s it even mean to be pro-family, anyway?