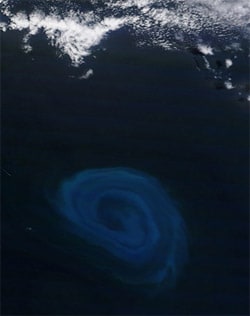 NASA satellite spots 90-mile wide whirlpool off South Africa. "Rather than wreaking havoc like terrestrial storms, though, these ocean whirlwinds draw nutrients up from the deep, nourishing blooms of microscopic marine life in the otherwise barren open ocean."

Marriage equality faces tough road in Illinois this year: "The conventional wisdom in Springfield is that lawmakers will first focus on winning March 20 primary contests as they run in new districts and then attempt to pass a budget and escape the spring session taking as few controversial votes as possible. 'It's going to be a tough year to pass any legislation that's outside of budget and pension issues,' said Sen. David Koehler, a Peoria Democrat who championed the civil union legislation. 'It's going to more of an election-year agenda in the state Legislature.'" 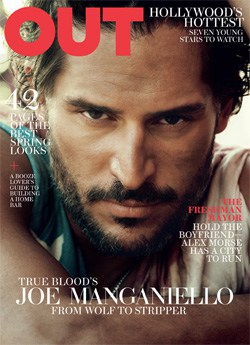 Joe Manganiello smolders for OUT. “I was a pretty gothic, dark kid, obsessed with monsters. I loved Halloween and skulls. I was just that kid. My first concert was Pantera, Sepultura, and Biohazard. I loved industrial like Ministry and Revolting Cocks. I was in love with the chick bassist in White Zombie with fluorescent green hair. It’s great that, for a living, I’m associated with full moons and wolves!”

David Geffen and boyfriend Jeremy Lingvall split: "Sources tell us the pair have gone their separate ways after six years together, because “the relationship had simply run its course.” The source added, “There is nobody else involved.” Geffen, 68, confirmed the split last night but refused to comment further. He and Lingvall had long been inseparable despite a 40-year age difference between them." 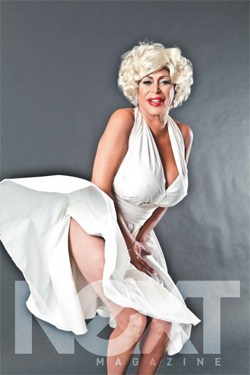 Tennessee school counselors upset about the "Don't Say Gay" bill: "We have a lot of students who are kind of coming to terms with who they are, whether it's sexual orientation-related or not," said Leigh Bagwell, coordinator of school counseling services for Metro Nashville Public Schools. "I think you'd be hard pressed to find a counselor that hasn't dealt with that at one time or another."

J Lo does Carnival in Rio.

Matt Rettenmund meets James Franco and reviews his My Own Private River.

Lady Gaga beau Taylor Kinney to star in firefighter drama: "In the action-driven drama about the complex and heroic men and women of the Chicago Fire Department, Kinney will play adrenaline-junkie Squad Lieutenant Kelly Severide, the leader of the elite firefighters who respond to the most dangerous fires or rescue operations."