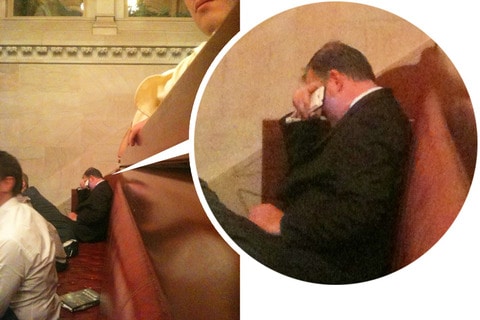 The National Organization for Marriage is furious that the 9th Circuit has ruled in favor of equality.

“As sweeping and wrong-headed as this decision is, it nonetheless was as predictable as the outcome of a Harlem Globetrotters exhibition game. We have anticipated this outcome since the moment San Francisco Judge Vaughn Walker’s first hearing in the case. Now we have the field cleared to take this issue to the US Supreme Court, where we have every confidence we will prevail.”

“Never before has a federal appeals court – or any federal court for that matter – found a right to gay marriage under the US Constitution. The Ninth Circuit Court of Appeals is the most overturned circuit in the country, and Judge Stephen Reinhardt, the author of today’s absurd ruling is the most overturned federal judge in America. Today’s ruling is a perfect setup for this case to be taken by the US Supreme Court, where I am confident it will be reversed. This issue is the Roe v Wade of the current generation, and I sincerely doubt the Court has the stomach for preempting the policy judgments of the states on such a contentious matter, knowing the lingering harm it caused by that ruling.”