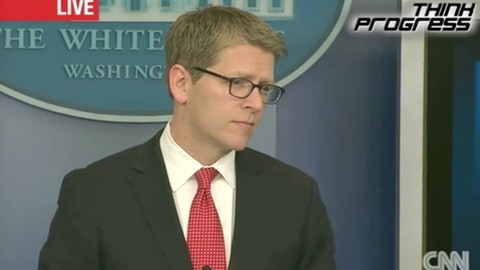 Press Secretary Jay Carney was asked if the White House had any official response to today's ruling upholding the strikedown of Proposition 8.

“I don’t have a comment on litigation in general and in this litigation to which we are not a party.. Beyond that, I can say that the President has long opposed, as you know, divisive and discriminatory efforts to deny rights and benefits to same-sex couples.”

UPDATE: Chris Johnson has an update on the White House briefing: