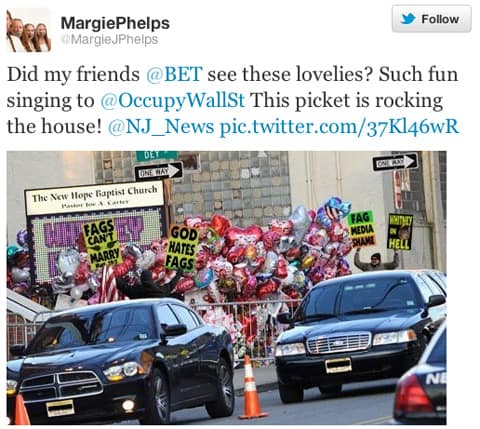 The Westboro Baptist Church didn't picket Whitney Houston's funeral, but they did post a 'shopped photo trying to prove that they did:

Star-Ledger reporters on the scene said access to that area had been restricted all day, and confirmed no active protests were occurring in the place depicted in the photograph.