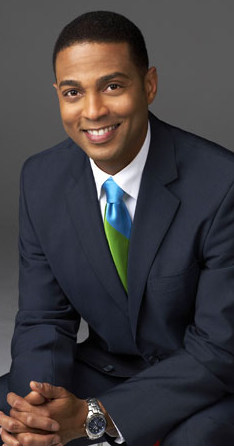 It was vivifying yesterday to see Don Lemon, the debonair (and gay) CNN anchor, lay classily but firmly into the head of the Family Research Council, Tony Perkins.

I want to talk about something that has been in the news for the last couple of days. I'm gonna play this for you and then we're gonna talk about this.

Lemon then played a portion of the tape of gay man Brandon White's beating by a pack of young criminals in Atlanta, GA. Lemon asked Perkins if Mr. White was entitled to his personal safety and security, to which Perkins replied:

Absolutely. Without question. It's not — we're not against rights for homosexuals or lesbians. It's special rights. Every American, regardless, and especially every young person in our schools, has the right to go to school and be secure without being bullied. That is, that, that should not even be up for debate in our culture. But what should not happen is, we should not pick out a certain segment and only protect them. We should not bully a student based upon their religious background, what they do sexually. You're absolutely right. So we have spoken out very clearly that we are adamantly, 100% against physical violence or attacking anyone based on — anything!

Lemon then tried to explain that, by protesting gay rights more loudly than they condemn gay bashing, Tony Perkins and his ilk may — unintentionally! — give the impression that they're less than sincere with their whole everybody's-got-the-right-to-not-be-bullied shtick. Perkins's response, more-or-less, was: Fighting bullying isn't in our charter. Watch AFTER THE JUMP …