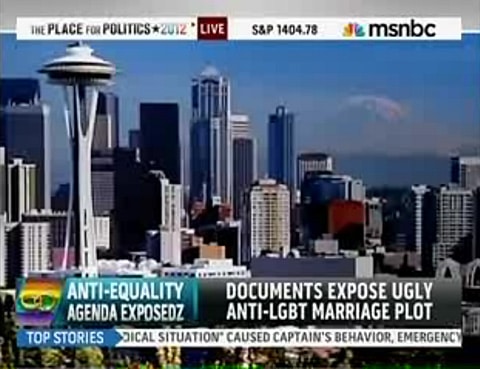 MSNBC's Thomas Roberts did a segment this morning on the damaging NOM document dump with Truth Wins Out's Wayne Besen and NOM's Maggie Gallagher, but Gallagher was not present when it began even though she confirmed an hour beforehand, so Roberts just showed an empty chair, Equality Matters reports. 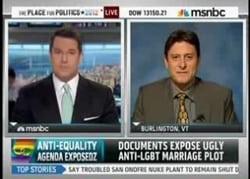 "This empty studio chair in Seattle was supposed to hold Maggie Gallagher…although she is missing in action…I would say 'hi Maggie', but you're not there!"

Roberts went on to discuss the documents with Besen and the race-baiting done by NOM. Gallagher was not there to spout off in their defense.

UPDATE: Roberts tweets to us, "Maggie was booked in the wrong studio. She will be back. Our mistake."