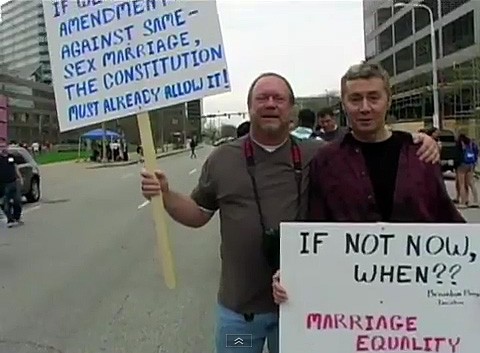 After a rally at Cleveland City Hall this weekend organized by Equality Ohio, more than 250 people exchanged vows at the Cleveland Galleria.

Hundreds of friends and relatives of the brides and grooms joined the celebration as eight priests and ministers recited marriage vows to couples of all ages. The afternoon ceremony followed more than an hour of speeches by activists on the steps of Cleveland City Hall, where a gay pride flag flew under the American flag. One speaker, Judy Benson of Old Lesbians Organizing for Change, said the move for marital rights is not just cosmetic or symbolic… 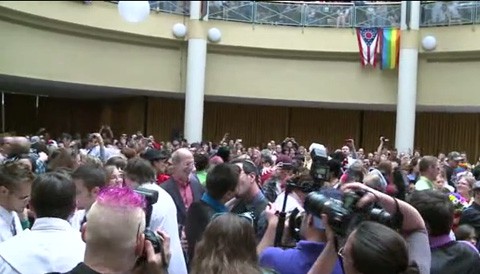 A news report from FOX8: