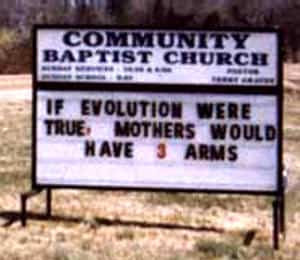 We all know that that right wing Americans regularly disregard science in favor of politics. Global warming and evolution simply can't exist, they say, because they're not simply the creations of eggheads in "liberal" academia, but they also go against the conservative bloc's religious beliefs. They've said for years that science is just hogwash, and now that distrust is at an all time high.

According to University of North Carolina sociology professor Gordon Gauchat, only 35% of self-identified conservatives say they have "a great deal of trust" in science. That's a 28% decline since the first survey in 1974.

"It's not surprising that the conservative subculture would challenge what's viewed as the dominant knowledge production groups in society—science and the media."

He went on: "Science is charged with what religion used to be charged with—answering questions about who we are and what we came from, what the world is about. We're using it in American society to weigh in on political debates, and people are coming down on a specific side." And one's right, and the other's wrong. Can you guess which is which?

Download and check out a graph of Gauchat's findings, AFTER THE JUMP… 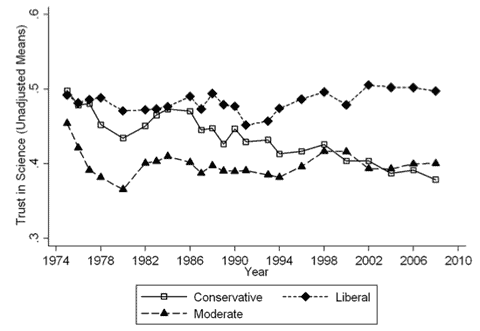