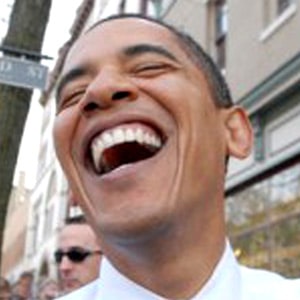 On Friday, Barack Obama quietly involved himself in the fight over the North Carolina anti-marriage amendment. Or he instructed his campaign to get involved. Or maybe his campaign just got involved and Obama knows nothing about it. Anyway — his campaign in NC, at least, has very strong feelings about the North Carolina anti-marriage amendment, as Andy's already reported. Meanwhile, the press acts like Barack Obama just officiated a gay wedding at the Capitol Building in Raleigh.

A representative text, from the Boston Herald:

With North Carolina a key battleground state, Obama decided to take the potentially risky step of wading into a divisive social issue.

"While the president does not weigh in on every single ballot measure in every state, the record is clear that the president has long opposed divisive and discriminatory efforts to deny rights and benefits to same-sex couples," said Cameron French, his North Carolina campaign spokesman.

So it goes at ABC, WashPo, HuffPo, just about every place. But nobody's got a comment from the president, and the actual words of spokesman Cameron French suggest that French has never spoken to the president about the anti-marriage amendment at all — "the record is clear that the president has long opposed divisive and discriminatory efforts to deny rights and benefits to same-sex couples" makes it sound as though French has taken a good look at Obama's record and deduced what the president's position would be, if only someone asked his opinion.

Of course, Cameron French probably wasn't saying anything he wasn't authorized to say. But the way he said it, as though trying to provide a sprig of political cover in case Obama should need to court a homophobe's vote between now and November, is inescapably weasely. And unnecessarily so, since the news media can't tell the difference between Cameron French and the POTUS anyway.

Previous Post: « NEWS: Danger In The Castro, Lies About Apple, Abortions And Poultry, And The Improbability of Warp Speed
Next Post: Now Playing: 21 Jump Street »