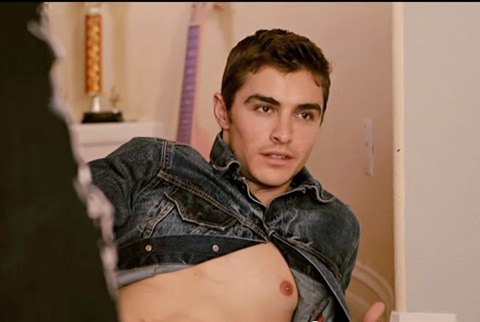 Dave Franco, who's quickly developing a reputation of being just as creatively off-kilter as his brother James, and has put out two homoerotic clips (here and here) in that vein, has released a third clip.

It's a public service announcement, though I'm not quite sure which public he's serving.

Check it out (not work friendly), AFTER THE JUMP…

Previous Post: « Thomas Roberts Talks with ‘Bully’ Filmmaker About Battle Over ‘R’ Rating: VIDEO
Next Post: Rachel Maddow Throws Down with Senator Inhofe About His Ties to Anti-Gay Evangelism in Africa: VIDEO »