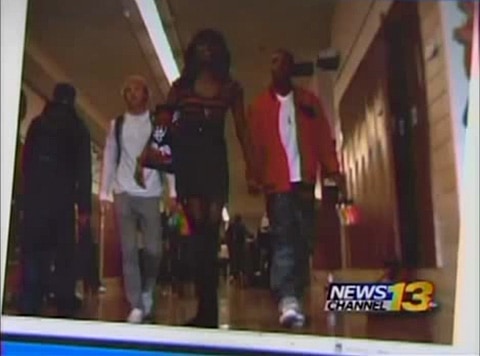 A yearbook advisor ordered the removal of a gay couple holding hands from Palmer High School's yearbook, KRDO reports, prompting two students to quit and two to be removed from staff at the Colorado Springs school:

"She told me to in these exact words, you either cut the gay couple or I cut the page." said former Palmer High School Yearbook Staff Member Rudolpho "Coco" Tribulio.

Tribulio and Anna Carmicheal say their yearbook advisor told them that a lesbian couple holding hands could not be on a page they were creating about high school relationships.A School District 11 spokesperson says there is another reason.

"When the photos came back from that page there was too much PDA and that is against Palmer policy," said District 11 Public Information Officer Devra Ashby.If you look at pictures from last year's yearbook,however, you can see several forms of public displays of affection.

The yearbook advisor then cut the "relationship" page that the couple's photo had appeared on and replaced it with a "diversity" page:

But Carmichael says the yearbook advisor came up with a new restriction. "No names, only the labels. So for a picture of a muslim, she wanted to label them as a muslim," said former Palmer High School yearbook editor Anna Carmichael.