In the Chicago Sun-Times, Roger Ebert writes about the rating battle over the film Bully, the power behind  the 'F' word, which appears to be the sticking point in lowering it from an 'R' to a 'PG-13', and the flawed system of the MPAA. 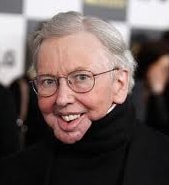 If a director wants to make a film against bullying, it is not for a committee of MPAA bean-counters to tell him what words he can use. Not many years ago, the word rape was not used in newspapers, on television–or in the movies, for that matter. But there is a crime, and the name of the crime is rape, and if you remove the word you help make the crime invisible.

This is yet another example of the MPAA sidestepping ethical judgments by falling back on the technicalities of its guidelines. It is even more insidious because the MPAA never clearly spells out its guidelines, leaving it to filmmakers to guess–although they often judge by past experience. It seems to me that either the f-word word is permissible, or it is not. If impermissible, nobody should use it at all in a PG-13 film. If permissible, nobody should count. Is it a magic word, a totemistic expression that dare not say its own name? Is it a vulgar equivalent of such a word as G-d? 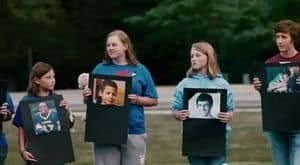 Ebert predicts someone will eventually give:

The MPAA has painted itself into a corner. It will be interesting to follow this case. I suspect that the MPAA will somehow devise a way to give "Bully" a PG-13 and yet make it appear that it upholds its standards. But the fact is, unless it sticks to its R rating it has exposed the entire Code for the bean-counting it is. It will be expected again in the future to allow value judgments to affect its ratings.

In a debate after the screening, according to a later Post story, Dodd pointed out that the film could be released "unrated," and almost seemed to suggest he hopes that will happen, and let the MPAA off the hook. Harvey Weinstein, also at the screening, suggested an unrated release might be a possibility. Thus he will once again have scored one of his famous publicity coups.