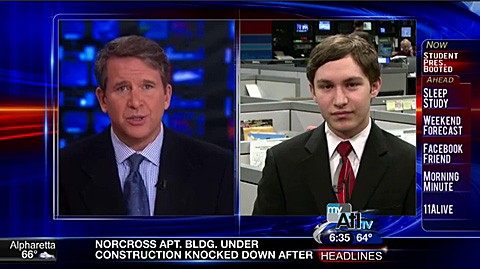 Andrew briefly mentioned this yesterday, but I thought I'd post this great interview with Reuben Lack, who was elected student council president at suburban Atlanta's Alpharetta High School this year, but removed from his position by the school because of a proposal he made to help gay students feel more accepted.

Earlier this year, Lack said he proposed changing the structure of the senior prom — eliminating the prom king and prom queen for more gender-neutral titles. He said he pitched it to be more accommodating to gay students at Alpharetta High. But he says the student council never debated it because faculty advisers intervened.

"The teacher moderators were visibly agitated," Lack said.  "They were very, very uncomfortable about it. To the point where they were almost angry."

Within a few days, Lack said the school administration removed him from his position as student council president.

Watch an interview with Lack about the situation, AFTER THE JUMP…