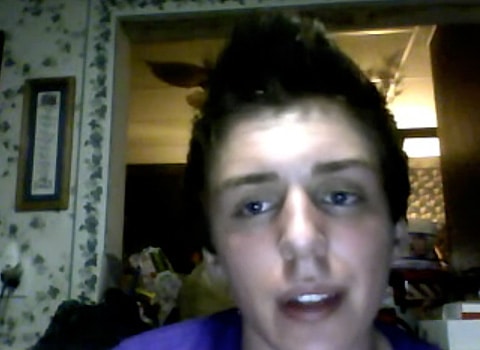 A rally that is "expected to be the largest rally for marriage equality in the Midwest" according to organizers, is taking place at the Free Stamp (aka Willard Park) at 9th St. & Lakeside in Cleveland tomorrow at 11 am.

This event and others that have preceded it in Columbus and Cincinnati are the brainchild of 17 year-old grassroots organizer and LGBT activist Adam Hoover.

“This is a cause that’s close to my heart. The vast majority of my generation, along with the one behind and ahead, are on the same page when it comes to equality: we want it and we want it now,” says Adam. “Think about it. Stonewall happened only 33 years ago. We’ve made so much progress in such a short time. This may not be the final frontier for LGBT rights, but it’s certainly one of the most important causes we can advocate for.”

“The evidence is there,” says Ed Mullen of Equality Ohio. “With each new generation, support for marriage equality rises. It is no longer a matter of if, but rather when, this will happen.  I believe it will be sooner than many think.”

Same-sex couples in Ohio will show that their love and commitment should be recognized by the state so that they will have the same rights and responsibilities as other couples and families.

“The marriage event concluding the day is a symbolic civil marriage ceremony,” says Zac Branstool, Communications Director for Equality Ohio. “We respect the sacrament of marriage in religious tradition, and we recognize the right of religious institutions to follow their own religious teachings on marriage. This is about the government refusing to grant civil marriage equality to same-sex couples, and we want the public to see the beauty and joy of people engaging in a legal ceremony that is unjustly denied to them.”

Watch Adam Hoover tell his story and read a list of speakers for the rally, AFTER THE JUMP…