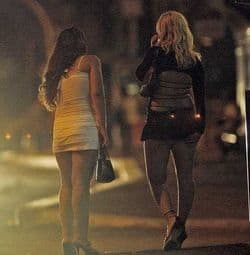 Prostitution's illegal in Louisiana regardless of who does the prostituting, but not all convicted prostitutes have always been punished equally. Until last year, gay and transgender prostitutes, along with some poor black female prostitutes, were very often charged with violating a 200-year-old statute entitled Crime Against Nature by Solicitation (CANS), conviction under which required criminals to register as sex offenders.

CANS was amended last year so that offenders were no longer required to add their names to the registry, but the amendment did little for the approximately 400 sex workers already registered. Their lives have been difficult. From Care2:

Many have been unable to secure work or housing as a result of their registration as sex offenders. Several of the plaintiffs had been barred from homeless shelters, one had been physically threatened by a neighbor, and another had been refused residential substance abuse treatment because providers will not accept registered sex offenders at their facilities.

On Thursday, Federal Judge Martin L. C. Feldman ruled that the unequal punishment of prostitutes charged with CANS is unconstitutional. His decision, he wrote, was "not about approval or disapproval of sexual beliefs or mores. It is about the mandate of equality that is enshrined in the Constitution."

Somehow this isn't enough to guarantee that those hundred currently on the registry "unconstitutionally" will be removed. From WWLTV.com:

Feldman gave the plaintiffs five days to submit a proposed judgment consistent with his decision. Plaintiffs' attorney Alexis Agathocleous said he and his colleagues were still reviewing the ruling and weighing their options but would, at a minimum, ask for the names of the nine anonymous plaintiffs to be removed from the sex offender registry.