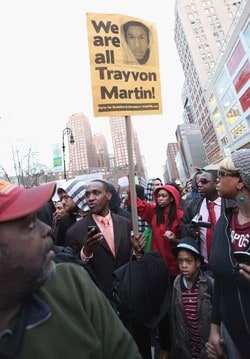 Bad news for Philadelphia: a federal judge ordered the city to pay the Boy Scouts of America $900,000 for legal fees stemming from a decade-long battle over the organization's ban on gay scout leaders. The city tried to evict the Scouts from their property in town, but the Scouts proved victorious and now Philadelphia and its residents have to cough up dough to subsidize the group's hateful ways.

Why are KISS and Motley Crue picking on Rihanna?

Nineteen-year old Deryl Dedmond pleaded guilty to the 2011 killing of James Craig Anderson, a black gay man Dedmond and his pals targeted because of his race. He's been sentenced to two terms of life in prison with no parole.

Scenes from the New York City march calling for justice in the Trayvon Martin killing.

This is too rich: Jason Mattera from Andrew Breitbart's right wing media empire has been trumpeting an "exclusive" interview with Bono — only it wasn't Bono at all. It was a Bono impersonator. Then he and his conservative buddies tried to pretend like the whole thing never happened. 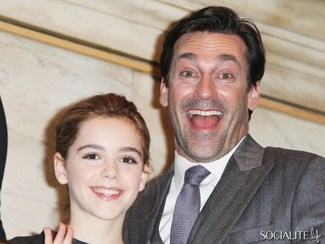 Chaz Bono will be grand marshall at the Miami Beach Gay Pride Parade being held on April 15th.

Teens discuss what it's like to start a gay-straight alliance in the South.

Jon Hamm and the rest of the Mad Men cast are tickled pink to open the stock exchange.

NBC has renewed Broadway drama Smash for a second season.

Anti-gay zealot Peter LaBarbera of Americans for Truth fame wants MTV to severe all ties with Dan Savage: "Dan Savage is a radical and raunchy homosexual activist who gives unhealthy and reckless sex advice… He should NOT be rewarded for this evil crusade, nor held up as a role-model for young people." 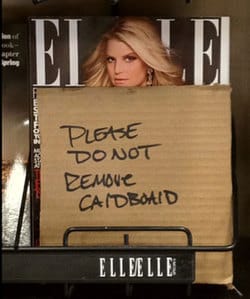 Here's what the cast of Downton Abbey would look like if they were dogs.

Etch A Sketch sales are up 1,500% after Mitt Romney's aide made that instant classic gaffe.

Is conservative king maker Jim DeMint inching toward Mitt Romney? Sounds like it. "I'm not only comfortable with Romney, I'm excited about the possibility of him possibly being our nominee… Again, this is not a formal endorsement and I do not intend to do that right now but I just think we just need to look at where we are."

Lambda Legal executive director Kevin Cathcar predicts marriage will remain the hot button gay political issue for years to come: "Marriage is going to continue being the most visible, the most public because it gets the most attention in the media."

Reuben Lack, a student at Georgia's Alpharetta High, is suing to be reinstated as his school's student body president after he says officials booted him for being gay.