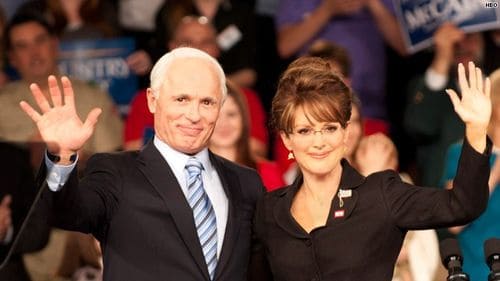 As it becomes apparent to McCain’s team, via briefing sessions, that she is a know-nothing, they prep her on hot-button foreign policy issues—informing her that we fought Germany in two world wars, for instance. Here, Moore’s Palin takes notes with a diligence that at once enriches the farce and deepens the tragedy. After it becomes apparent to the world, via Charlie Gibson and Katie Couric, that she is a know-nothing, the camera tightens on Moore’s face at canted angles during subsequent tantrums, and we understand her resentment and paranoia. We can’t laugh at the surreal scene of Moore’s Palin watching Tina Fey’s Palin on SNL because the woman alone in front of the set is so, so far away from home—and farther yet from the first-born son who is away at war. He is prepared to die for a nation where she is a national laughingstock. Watching Palin escape a depressive funk by going to sleep—curling fetally on an anonymous floor in a hotel a bathrobe—I wished her sweet dreams, and ultimately found myself rooting for her to do well in her debate against Joe Biden.

The New Yorker explains how and why the Republican primary went wrong.

There was a caucus in Kansas today. Rick Santorum won:

Rick Santorum easily won the Kansas caucuses Saturday, which supporters say will give him much-needed momentum for two important Southern primaries Tuesday. With 89 percent of the vote counted, Santorum had 51 percent, compared to Mitt Romney’s 21 percent. Newt Gingrich is in third place with 14.4 percent and Ron Paul fourth with 12.5 percent. Neither Romneyh nor Gingrich campaigned in Kansas.

Santorum is likely to pick up the vast majority of the state’s 40 delegates, notes the Associated Press. Wyoming is also holding caucuses Saturday and Romney appears to be leading.

If Santorum manages to use the momentum from his Kansas victory to help him win in Alabama and Mississippi Tuesday, “he could solidify his status as the conservative alternative to front-runner Romney,” writes Reuters.

William Hamilton is dead. (You may not know him, but you definitely know the magazine cover he inspired.) 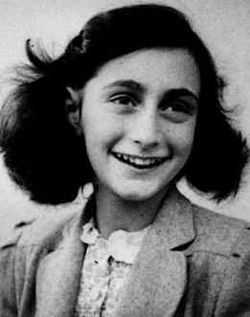 The new Anne Frank figure is next to that of Sophie Scholl, an activist executed by the Nazi regime for her involvement in the White Rose, a non-violent German resistance group. But Zerbe made clear that the juxtaposition was just a coincidence, and that the museum was not trying to create a historical display. "We want our visitors, and children in particular, to feel an emotional connection with the figure, rather than to feel that they're in a history class," she said.

In a chilling irony, the wax figure of Nazi dictator Adolf Hitler, which the museum controversially re-introduced after it was beheaded by a visitor shortly after the Berlin Madame Tussauds opened in 2008, is in the next room.

University of California may begin asking new students about their sexual orientation.

The Catholic Church in the UK officially articulates its objections to marriage equality. It does so in a long, drony letter which will put non-Catholics into a godcoma and, several Bishops hope, whip believers into a frenzy of marriage-defending. Watch Archbishop Vincent Nichols read it aloud, AFTER THE JUMP …