One Million Moms Director Monica Cole tells OneNewsNow the group is moving on from its attempts to get Ellen DeGeneres fired from her job as spokesperson for JC Penney: 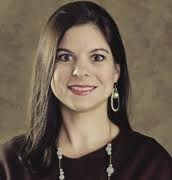 "But we have heard back from so many of our members. We have heard back from men and women — not just moms — saying they will no longer shop there at JC Penney, as long as Ellen DeGeneres is their spokesperson. Everyone works hard for their money, and they want to spend their money with companies that have the same values as them. And JC Penney stated that Ellen DeGeneres shares the same values that they do. So obviously, it's not the same as Christians or conservatives, which is unfortunate [because] JC Penney was founded by a Christian man."