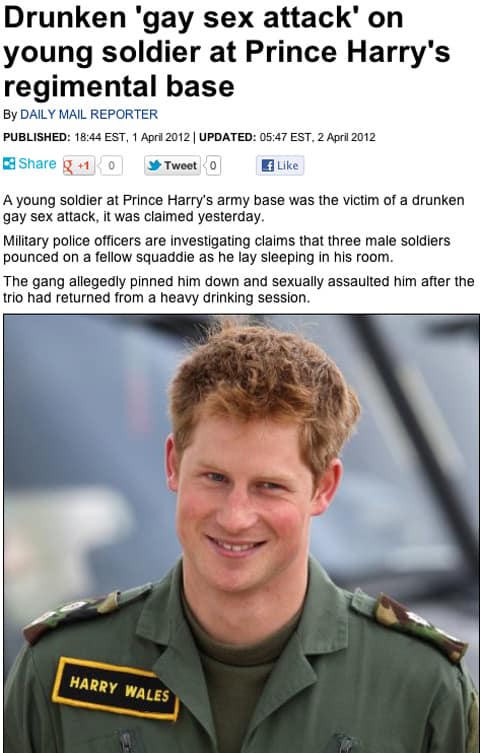 An alleged sexual assault by a group of soldiers on another soldier is being positioned by the UK's conservative tabloid Daily Mail as a "gay sex attack", implying that Prince Harry was threatened and nearby even though the attack took place while Harry was off the base and not even close to his quarters.

Neither the motivations or the sexuality of those involved has been reported.