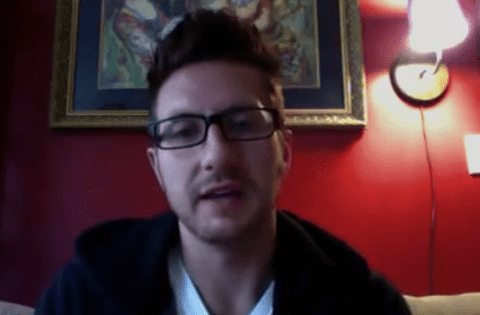 Dominic Sheahan-Stahl’s alma mater, Sacred Heart Academy in Mt. Pleasant, Michigan, invited him to deliver this year’s keynote address. He was thrilled, obviously, particularly since this year marks the graduation of his little brother, the final member of three generations to attend Sacred Heart. Unfortunately, Sheahan-Stahl’s celebration has been cut short, because he was informed this week that Sacred Heart snipped him from the schedule after reading on Facebook about Sheahan-Stahl’s engagement to another man.

In a seven-minute video posted AFTER THE JUMP, Sheahan-Stahl explains the situation and argues that Sacred Heart and its ideological peers need to face the fact that their discriminatory habits are based in fear, and should be challenged.

The incident has caused a stir already in Michigan — there’s already a Facebook page called Let Dominic Speak, the Morning Sun reports — and school officials are apparently prepping a statement to be released this afternoon.

Watch Sheahan-Stahl’s video AFTER THE JUMP.

Previous Post: « Manhunt On For Three Accused Of Anti-Gay Assaults
Next Post: Mitt Romney Said In 1994 That Boy Scouts Should Include Gay People: VIDEO »