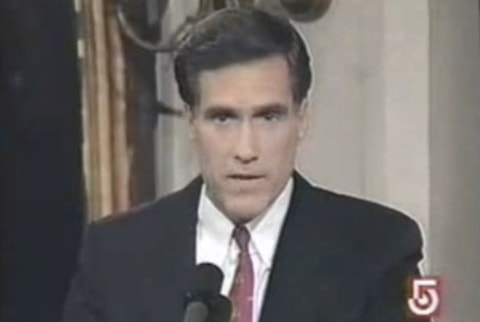 The Boy Scouts of America's habit of discriminating against gay members and troop leaders is again in the spotlight thanks to the allegedly patriotic group's decision to ban lesbian Jen Tyrrell from heading her son's group.

The incident has sparked a massive online movement (nearly 150,000 have already signed a change.org petition pressuring the Scouts to reverse their decision), garnered national news coverage and even earned Tyrrell a spot at the GLAAD Media Awards, where she told the crowd, "The Boy Scouts are supposed to have a platform of tolerance, acceptance, and support… Yet by continuing to dismiss gay youth and gay leaders from their organization, the Boy Scouts of America is failing these values, harming families and communities by sending a message that all are not welcome.”

Hoping to keep the issue center stage, and put the squeeze on strategically anti-gay Republican Mitt Romney, GLAAD is pointing to video of the presidential candidate backing gay Scouts inclusion in 1994, when he was running for senator against Ted Kennedy.

Watch Romney's remarks, which he'll now have to explain, AFTER THE JUMP.