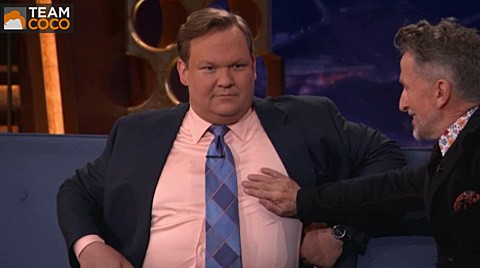 "There's a horrible epidemic of man boobs, and I keep telling — people are clutching their man boobs now, I can see it….There aren't fetish clubs for people who like man boobs. Man boobs are like hyenas, and mosquitoes, and red ants, and sharks. They don't need to exist. They're horrible. So I'm on a one-man campaign to rid the world of man boobs … A lot of straight dudes, they don't really care, they're, like, farting and watching TV, they don't care about their man boobs. We need to make them care and explain to them, these, girls, right, they are unacceptable, am I right?"