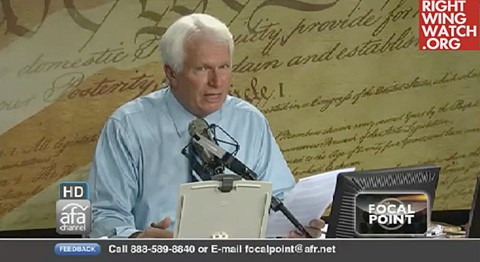 Romney picks out & loud gay as a spokesman. If personnel is policy, his message to the pro-family community: drop dead.

Today, Fischer wrote a column about it and hit the airwaves, Right Wing Watch reports:

…it was no surprise that Fischer dedicated a segment to discussing the issue today on his radio program, where he began by asserting that most gay men have hundreds, if not thousands, of "random, frequent, and anonymous sexual encounters and that becomes a significant issue when we're talking about appointing somebody to a post as sensitive as a spokesman for national security and foreign policy".

Fischer also demanded Romney explain his stance on homosexuality with regard to the LDS Church.