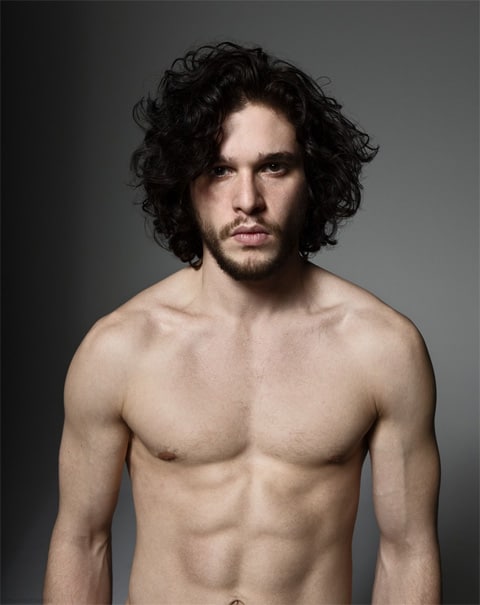 Game of Thrones fans will be happy to know there's a big interview with Kit Harington, the 25-year-old Brit whose emo warrior character Jon Snow is becoming a pivotal player in this season of the series, at The Daily Beast. There's much to be said there about the show, but given the shot above, from a Men's Journal fashion spread featuring the bushy-maned, scruffy-faced Harington, one of his big dislikes may surprise you: