SiriusXM Out Q radio host Michelangelo Signorile reports in the HuffPost on two interviews he did last week regarding the White House's odd announcement that Obama wouldn't be signing an executive order barring LGBT discrimination in the workplace. 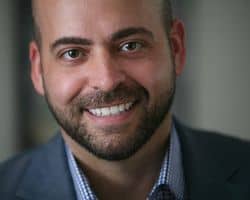 The first was with Freedom to Work's Tico Almeida, who was in the meeting at the White House:

“It was weak, it was shallow, it was unpersuasive,” said Almeida of White House arguments made against signing the order, appearing on my radio program on SiriusXM OutQ. “It floated back and forth between different reasons. It wasn’t even consistent. There were a few younger, junior staffers who made some arguments that were just laughable. Really embarrassing.”

Almeida believes the rejection of the order is political. He theorized it was caused by “panic” at the White House in an election year, as the issue had suddenly risen above the radar in the media, after two gay men, members of the direct action group Get Equal, planned to confront Obama about it at the annual White House Easter Egg Roll.

Our legal expert Ari Ezra Waldman spoke with Almeida twice over the past year about the need for such an order, and about the likelihood that it was going to happen. Read their first interview here, the second here. 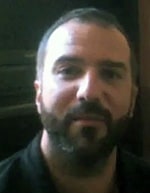 In a separate radio interview, Yandura, who helped create Get Equal and has been critical of the White House for what he sees as foot-dragging, agreed: “The [activists at the] Easter Egg Roll was [a] brilliant move. That got the issue into the mainstream press. It got the White House smoked out on this.”

He criticized some gay groups for giving the president a pass on the issue, in the past and now.

“HRC sat on the polling they did [on this issue] from six months ago,” Yandura charged. “It was clear that the groups — and if you want to say it in positive way — the groups were trying to give the White House space to do the right thing. I would say they weren’t advocating on our behalf. I was told that everyone had agreed they were going to play an insider game. Well, I think we now as a community can see when you play an insider game, this is what you get.”

Yandura was especially critical of the LGBT advocacy group leaders and their unwillingness to push the President:

“The first email I see come out of NGLTF, after this big meeting that Rea Carey’s in, is a fundraising email,” Yandura continued. “They’ve sent nothing out to their list on this. So, if they’re supposed to be leading on ENDA — they’re failing. I think we can watch by, 'What are our groups doing now?' Why wouldn’t Rea Carey and Joe Solmonese grow a pair and come out and say ‘I’m not going to stop until you sign this?’”

Previous Post: « Alberta, Canada Candidate Warns Gays Will Face Eternal Hellfire, Accepting Them is ‘Cruel and Not Loving’
Next Post: Texting on the Dance Floor: VIDEO »