Malaysia has issued a directive to state-owned TV stations ordering them to ban and remove LGBT characters, and says it will expand the order to privately owned stations, The Star reports: 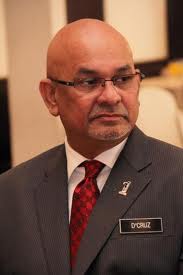 "If it means cancelling some of the shows, so be it," he told The Star Friday, adding that the decision was to curb the "influence" of the Lesbian, Gay, Bisexual and Transgender (LGBT) community.

He also said the decision will be expanded to cover privately-owned stations as well as satellite TV providers.

As for foreign productions, he said the Censorship Board will remove episodes from running TV shows and bar movies with gay characters from being screened locally.

The directive appeared on the Information Department Facebook page yesterday:

"Effective immediately, radio and TV stations are asked to stop screening shows which feature gay, effeminate men as well as characters that go against the norm of a religious society because this encourages and promotes LGBT now."