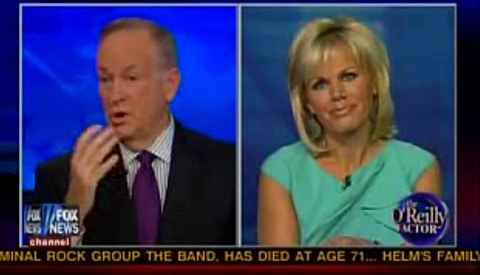 On last night's O'Reilly Factor, Bill O'Reilly and Gretchen Carlson sounded the right-wing alarms over a new transgender character on Glee, asserting that the show will compel kids to "experiment" with being transgender and gay, Equality Matters reports. 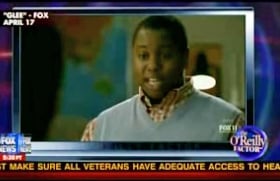 O'Reilly also compared homosexuality to smoking in the offensive segment.

Said O'Reilly: "If you make the behavior of these people … if children hear it, unsupervised children, okay who don’t have parents watching their — they might go out and experiment with this stuff…When I was a teenager and I saw James Dean smoking, it made me want to smoke…a lot of these dopey kids are confused about who they are. They’re confused."

Added Carlson: "I wholeheartedly believe, in today’s society, that kids are experimenting with homosexuality. We see it in celebrities who maybe just do it on the side, and it may be drug-fueled…I totally agree with Bill that this causes kids to experiment. And if we didn’t– why do we have any rules in society then if we don’t try and set some parameters for our children to live their lives? I just think that this is way over the top."

Judge Jeannine Piro was there to offer a disgusted and dissenting voice, thankfully.