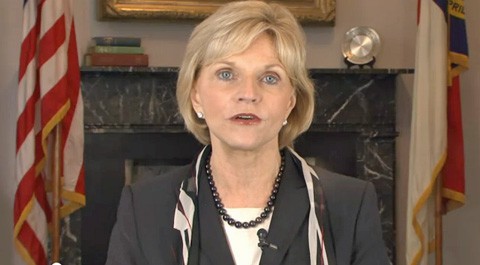 Says Perdue: "Whatever your personal, moral or religious views might be, writing discrimination into North Carolina’s constitution is just plain wrong…It would ban the state from recognizing civil unions, strip away domestic partner benefits and it actually could eliminate legal protections for all unmarried couples in the state. This will harm the stability and security of North Carolina families like never before….The amendment I believe is dangerous for women. There is a real risk that some laws we have on the books now to protect the victims of domestic violence may no longer apply to many women in the state."