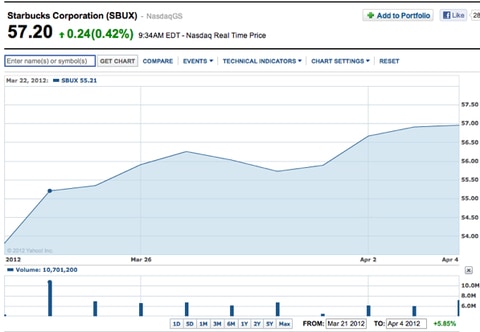 Via Good As You, here’s an image of Starbucks’ stock since the boycott began on March 21.