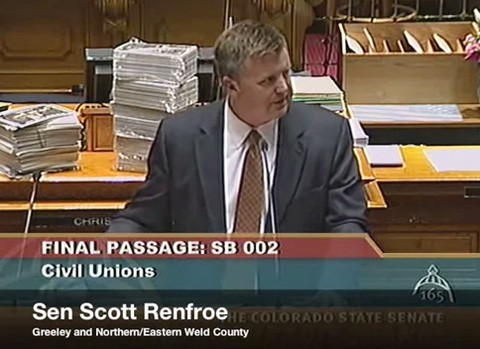 Yesterday, Andrew noted the that civil union bill had passed 23-12 with bipartisan support and was on its way to a much more difficult battle starting in the House Judiciary Committee.

Even though these two Christianist blowhards Senator Scott Renfroe and Senator ‪Kevin Lundberg were there to oppose it, it seems Jesus wanted the bill to pass.

So let's start the day with a prayer. That one day this theocracy works its way out of American politics.