A coalition of LGBT groups yesterday released an open letter related to the Trayvon Martin case: 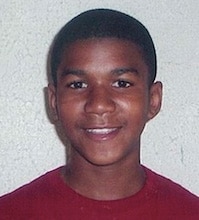 An Open Letter: Standing Alongside Trayvon Martin’s Family and Friends

The tragic killing of Trayvon Martin is a national call to action. Our hearts go out to Trayvon’s family and friends for the loss they have experienced. We stand in solidarity with them as they demand answers and justice. We represent organizations with diverse lesbian, gay, bisexual and transgender constituencies.

Many in our community have been targets of bigotry and bias. We have a great deal of experience grappling with the role bias plays in violent crimes against our communities. We well know the stories of young people targeted for violence just because of who they are: Rashawn Brazell, Lawrence King, Ali Forney, Deoni Jones, Brandon White, Matthew Shepard, Angie Zapata, Sean Kennedy and countless others.

Trayvon’s killing is a wakeup call to the enduring cancer of racism and racial profiling. The pain his family continues to endure transcends communities and unites us all. Every person, regardless of race, religion, sexual orientation or gender identity, must be able to walk the streets without fear for their safety.

Trayvon’s killing is tragic and the stark reality that racial bias played a role in his death has alarmed our nation. Questions must be asked. Answers must be sought. And justice must be served. We join our voices to the chorus of so many others to demand that local and federal authorities find those answers. We stand in solidarity with Trayvon’s family and friends as they seek justice for his killing. In the timeless words of Dr. Martin Luther King Jr., injustice anywhere is a threat to justice everywhere.