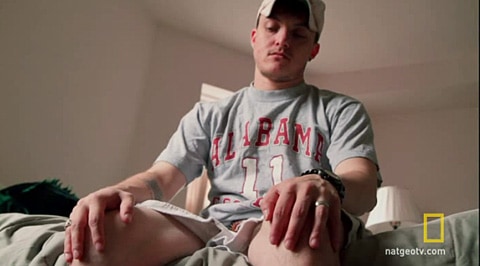 Tonight at 8pm ET, NatGeo is airing American Transgender, a look into the lives of three transgender people and their families.

Watch a preview featuring Eli Strong which looks at the physical aspects of gender reassignment, AFTER THE JUMP…

Said Strong to the National Center for Transgender Equality about making the doc: “I was able to have conversations with my family that I’d never been able to have. I was able to show how ‘normal’ my life is. It also gave me the opportunity to give voice to some of my own struggles, as well as some of those I’ve heard from my trans peers.”