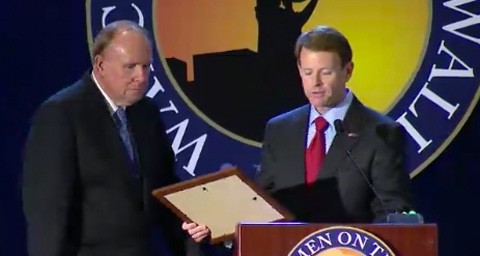 Jeremy Hooper at Good as You points out that Baity has called gays "worse than maggots", compared them to murderers, wants to 'save' them, claims gay people make society more filthy, says gays are "not normal" and embrace a "learned lifestyle", says gays promote "perversion" in schools and are signing "America's death warrant", and other choice gems.

Baptist Press, a publication of the Southern Baptist Convention, is distancing itself from the heinous Baity, along with fellow North Carolina hate pastors Sean Harris and Charles Worley.

Previous Post: « ‘Crack That Wrist’, an Anthem for Gay-Hating Evangelicals: VIDEO
Next Post: Gay Wedding Video of the Day: István and Tamás »