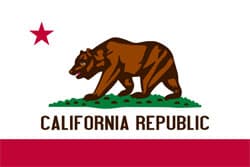 If approved by the Assembly and signed by the Governor, Senate Bill 1172, authored by Senator Ted Lieu and co-sponsored by Equality California, the National Center for Lesbian Rights, Mental Health America of Northern California, Gaylesta, and Lambda Legal, would make California the first state in the nation to ban licensed mental health professionals from engaging in sexual orientation change efforts of any kind for a minor patient, regardless of a parent's willingness or desire to authorize participation in such programs.

Previous Post: « Straight Mormons to March in Salt Lake City Gay Pride Parade in Act of Reconciliation: VIDEO
Next Post: Meet More Of the Couples Suing Illinois for the Freedom to Marry: VIDEO »