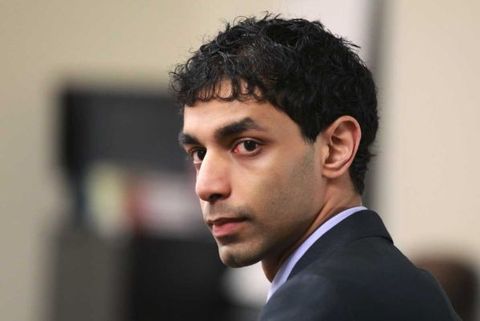 Has justice been served?

In addition, Ravi must pay a $11,950 fine that will be donated to a state-sponsored group "dedicated to assisting victims of biased crimes," which as far as I know is a unique and appropriate addition.

Though Clementi's parents and friends have been asking for a harsh sentence for the apparent unremorseful Ravi — Clementi's mother called Ravi's actions "evil and malicious" — gay activists have advocated against the maximum 10-year and deportation sentence Ravi faced. Today many of them agreed with Judge Berman's decision.

Those who have oppose giving Dharun Ravi jail time have asked, 'Hasn’t he suffered enough?' But we believe there’s another question:  Has Dharun Ravi done enough? Has he done enough to use his place in history to speak out against student bullying and to make a positive impact on millions of lives across our state and nation?

Though Tyler Clementi has left us, the rest of Dharun Ravi’s life will help tell his life story. Ravi’s own lawyer portrayed him as a young man who engaged merely in jerky behavior. Ravi can stay that course, or he can do some good with his life by making amends and fighting for the justice and dignity of every individual, including people who are LGBT. That much is up to Ravi.

Shane Windmeyer from Campus Pride said the case should serve as a reminder that all campus administrators and students have an obligation to work against anything even vaguely resembling discrimination or bigotry.

"Every person has a responsibility to stand up for those who experience bullying and harassment – tragedies can be averted anytime even a single voice speaks out for the voiceless,” he said.

"Bystanders – those who witness bullying or harassment and do nothing to stop it – can plead neither ignorance nor innocence. Active silence can be as damaging as active bullying and result in tragedies like Clementi’s death.”

Dan Savage described the sentencing as "far, far too lenient."

In addition to his immediate punishments, Ravi also faces three years probation. The prosecution, meanwhile, suggested today it may appeal Berman's decision. If they do not appeal, however, Ravi will report to a correctional facility on May 31st.