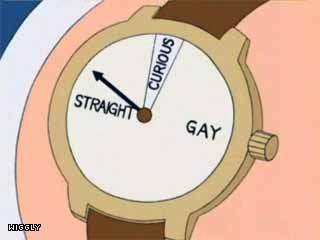 Psychologists fascinated by gaydar recently offered over 120 college students pictures of gay men and women to determine whether the gaydar instinct differs between gender. Turns out it does.

In the study, 129 college students viewed 96 photos each of young adult men and women who identified themselves as gay or straight.

Concerned that facial hair, glasses, makeup and piercings might provide easy clues, the researchers only used photos of people who did not have such embellishments. They cropped the grayscale photos so that only faces, not hairstyles, were visible.

At 57 percent accuracy, they had a harder time differentiating gay men from straight men. The participants' accuracy slipped to 53 percent – still statistically above chance – when the men's faces appeared upside down.

"Gaydar may be similar to how we don't have to think about whether someone is a man or a woman or black or white," he said. "This information confronts us in everyday life."