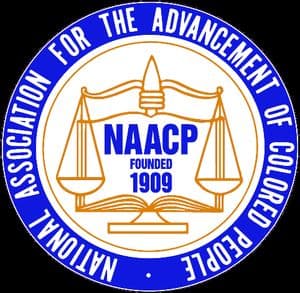 Yesterday, the board of directors of the NAACP voted to officially endorse marriage equality. The resolution passed by the board reads:

The NAACP Constitution affirmatively states our objective to ensure the “political, educational, social and economic equality” of all people. Therefore, the NAACP has opposed and will continue to oppose any national, state, local policy or legislative initiative that seeks to codify discrimination or hatred into the law or to remove the Constitutional rights of LGBT citizens. We support marriage equality consistent with equal protection under the law provided under the Fourteenth Amendment of the United States Constitution. Further, we strongly affirm the religious freedoms of all people as protected by the First Amendment.

A further statement on the NAACP's website provides context:

The NAACP has addressed civil rights with regard to marriage since Loving v. Virginia declared anti-miscegenation laws unconstitutional in 1967. In recent years the NAACP has taken public positions against state and federal efforts to ban the rights and privileges for LGBT citizens, including strong opposition to Proposition 8 in California, the Defense of Marriage Act, and most recently, North Carolina’s Amendment 1, which changed the state constitution’s to prohibit same sex marriage.

The sudden endorsement of marriage equality by the 103-year-old civil rights organization is entirely symbolic. Yet as the Washington Post points out:

The decision has political implications for President Obama, who needs an enthusiastic turnout from black voters to help him win reelection in November but angered some African-American church pastors with his announcement this month that he believes gays and lesbians should have the right to marry.

The NAACP now presents itself as a counterbalance to the influence of the traditionally socially conservative black church. It can also help establish closer ties between blacks and gays, two of Obama’s most loyal constituencies.

Some pro-Republican conservative evangelical activists have said Obama’s announcement gives them an unusual opportunity to deflate enthusiasm among black voters for reelecting the country’s first black president, who tends to win more than 90 percent support in that community.