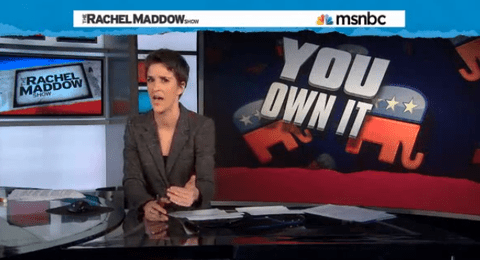 With gay marriage more common and LGBT people more accepted than even just 4-years ago, homophobic politics simply doesn’t fly as high as it used to, which means that traditionally anti-gay Republicans now have to shift more toward the center to seem more tolerant.

On her show Tuesday night, Rachel Maddow explored this phenomenon and explains to viewers why they need to examine lawmakers’ statements, and actions, with a fine-toothed comb.

On a related note, Maddow last night wondered whether GOP candidates will be too extreme to win in 2012, as many of them, including Sharron Angle and Christine O’Donnell, were in 2010.