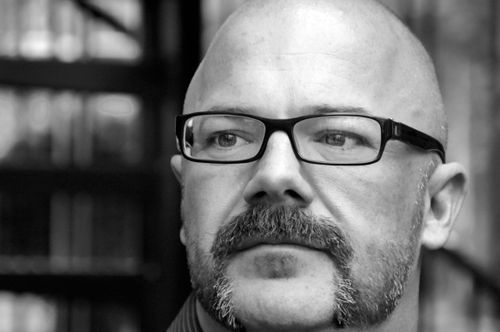 The aforementioned Andrew Sullivan story is out now, and it really is rather like that Toni Morrison essay:

… The core gay experience throughout history has been displacement, a sense of belonging and yet not belonging. Gays are born mostly into heterosexual families and discover as they grow up that, for some reason, they will never be able to have a marriage like their parents’ or their siblings’. They know this before they can tell anyone else, even their parents. This sense of subtle alienation—of loving your own family while feeling excluded from it—is something all gay children learn. They sense something inchoate, a separateness from their peers, a subtle estrangement from their families, the first sharp pangs of shame. And then, at some point, they find out what it all means. In the past, they often would retreat and withdraw, holding a secret they couldn’t even share with their parents—living as an insider outsider.

And this, in a different way, is Obama’s life story as well. He was a black kid brought up by white grandparents and a white single mother in Hawaii and Indonesia, where his color really made no difference. He discovered his otherness when reading an old issue of Life magazine, which had a feature on African-Americans who had undergone an irreversible bleaching treatment to make them look white—because they believed being white was the only way to be happy. He wrote:

I felt my face and neck get hot. My stomach knotted; the type began to blur on the page … I had a desperate urge to jump out of my seat, to show [others] what I had learned, to demand some explanation or assurance. But something held me back. As in a dream, I had no voice for my newfound fear. By the time my mother came to take me home, my face wore a smile and the magazines were back in their proper place. The room, the air, was quiet as before.

Barack Obama had to come out of a different closet. He had to discover his black identity and then reconcile it with his white family, just as gays discover their homosexual identity and then have to reconcile it with their heterosexual family. The America he grew up in had no space for a boy like him: black yet enveloped by loving whiteness, estranged from a father he longed for (another common gay experience), hurtling between being a Barry and a Barack, needing an American racial identity as he grew older but chafing also against it and over-embracing it at times … 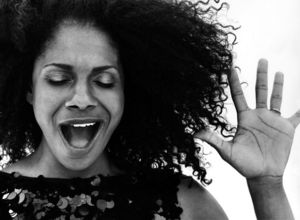 GOProud wroth with Romney for pandering to "big government theocrats." (They plan to vote for him anyway.)

What's Audra McDonald up to?

Why is The Avengers making so much damned money?

Daily Mail: Colombian drug apparently turns people into mindless zombies. (Story neglects to mention that the same claim has been made of weed, LSD, ecstasy, PCP …)

The Family Research Council's Tony Perkins might or mightn't have got it; either way, he thinks Paul should be nicer.

Face The Nation: Clay Aiken vs. Tony Perkins, AFTER THE JUMP …