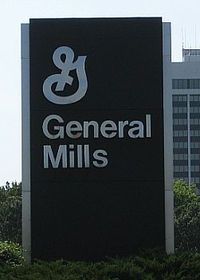 Furious over General Mills and CEO John Taft's support for gay marriage, the right wing group Minnesota for Marriage is urging its supporters to protest outside the cereal company's Minnesota headquarters.

"In what will go down as the stupidest PR stunt in modern history General Mills as a company has endorsed same sex marriage," said group spokesman Andy Parrish in an email. "I know it seems odd for a company who spends billions of dollars marketing products to moms and dads with young children to do such a thing, but General Mills has tried to please a small minority of individuals who feel entitled to change the definition for all society…"

As Jeremy at Good.As.You notes, the Minnesota for Marriage action — throwing away their General Mills products while protesting outside the company's HQ — may not be "optically smart."

"When it comes to those opposed to LGBT rights, people associate these kinds of protests with street preachers and Pride condemners and funeral protestors," he writes. "It doesn't read as politically pragmatic—it reads as Fred Phelps."

Read Parrish's letter, AFTER THE JUMP. 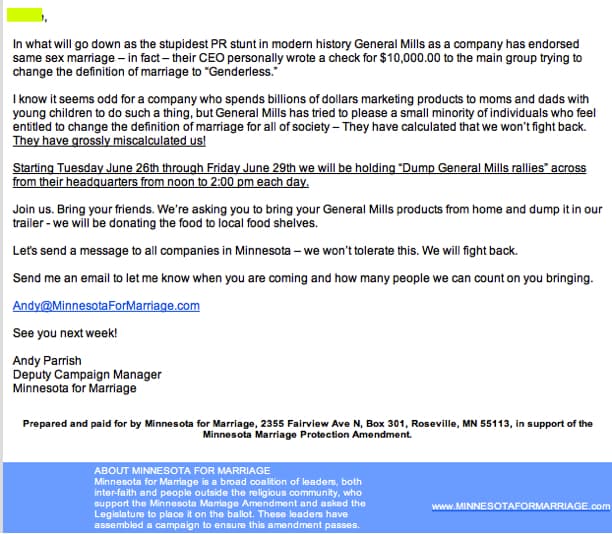